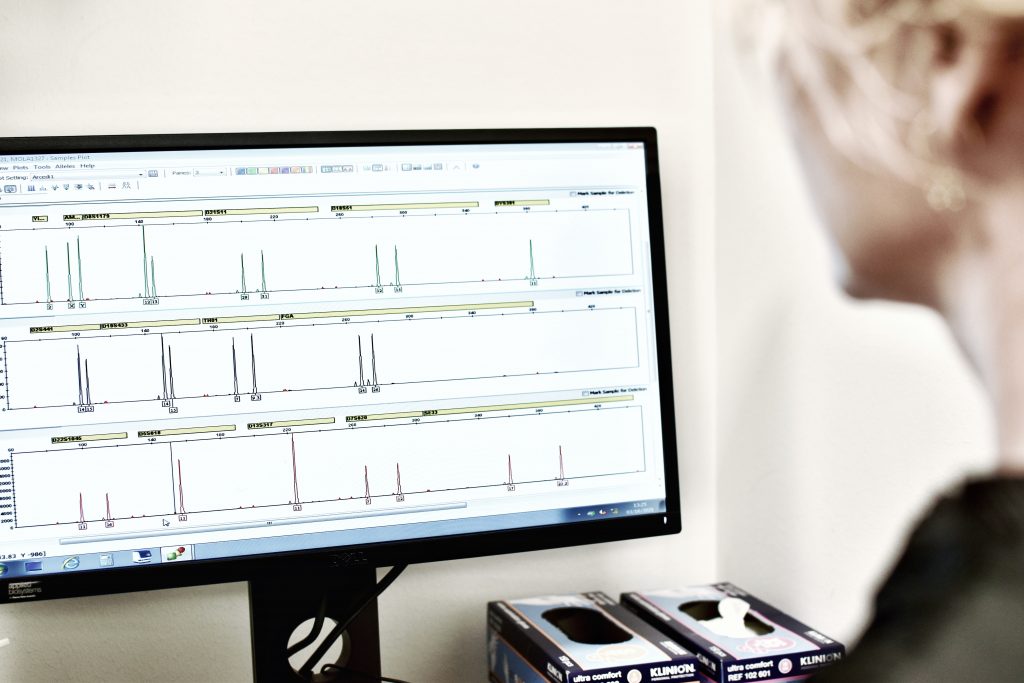 Purpose: Proof of concept of the use of cell-based non-invasive prenatal testing (cbNIPT) as an alternative to chorionic villus sampling (CVS) following preimplantation genetic testing for monogenic disorders (PGT-M).

Method: PGT-M was performed by combined testing of short tandem repeat (STR) markers and direct mutation detection, followed by transfer of an unaffected embryo. Patients who opted for follow-up of PGT-M by CVS had blood sampled, from which potential fetal extravillous throphoblast cells were isolated. The cell origin and mutational status were determined by combined testing of STR markers and direct mutation detection using the same setup as during PGT. The cbNIPT results with respect to the mutational status were compared to those of genetic testing of the CVS.

Conclusion: These findings show that although measures are needed to enhance the test success rate and the number of cells identified, cbNIPT is a promising alternative to CVS.