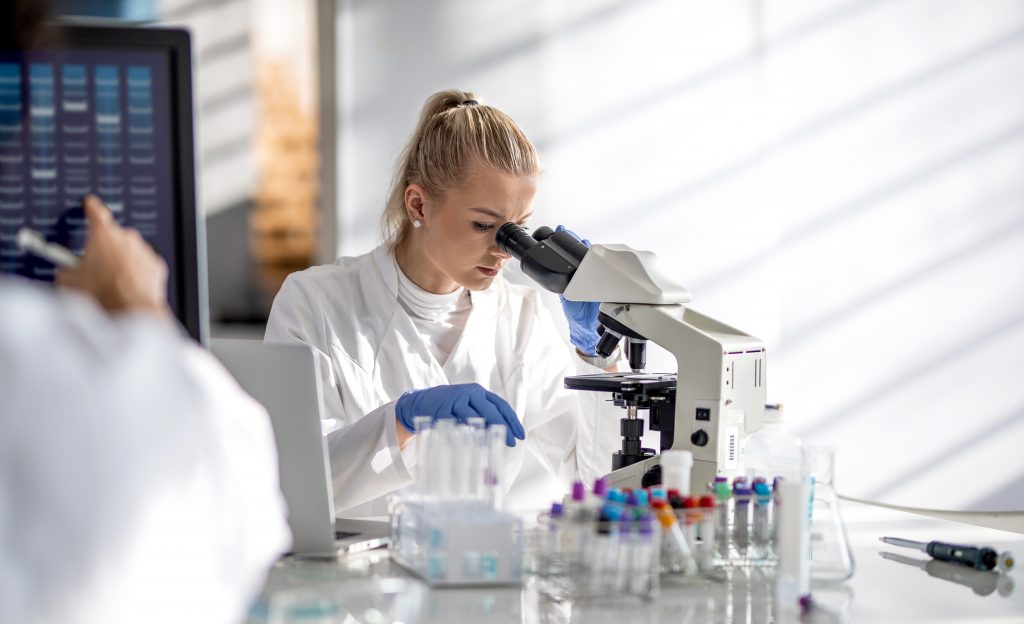 Cell-based non-invasive prenatal testing (cbNIPT) based on circulating fetal extravillous trophoblasts (fEVTs) has shown to be possible in gestational week (GW) 10–13. Prenatal testing is relevant for a wider time period than GW10–13, but it is unclear if fEVTs are present in sufficient numbers for cbNIPT at other time points during pregnancy.

We present the first longitudinal study where the number of circulating fEVTs was determined from the mid first trimester to the mid second, specificallyGW6–8, 12–13, and 19–20. Blood samples from 13 women opting for assisted reproduction were collected at GW 6–8, 12–13, and 19–20. fEVTs were enriched using a magnetic-activated cell sorting system, stained with anti-cytokeratin antibodies, and fEVTs were identified with the use of aMetaSystemfluorescencemicroscope scanner. Blood samples drawn atGW6–8 yielded an average of 5.5 fEVTs per 30 mL of blood.