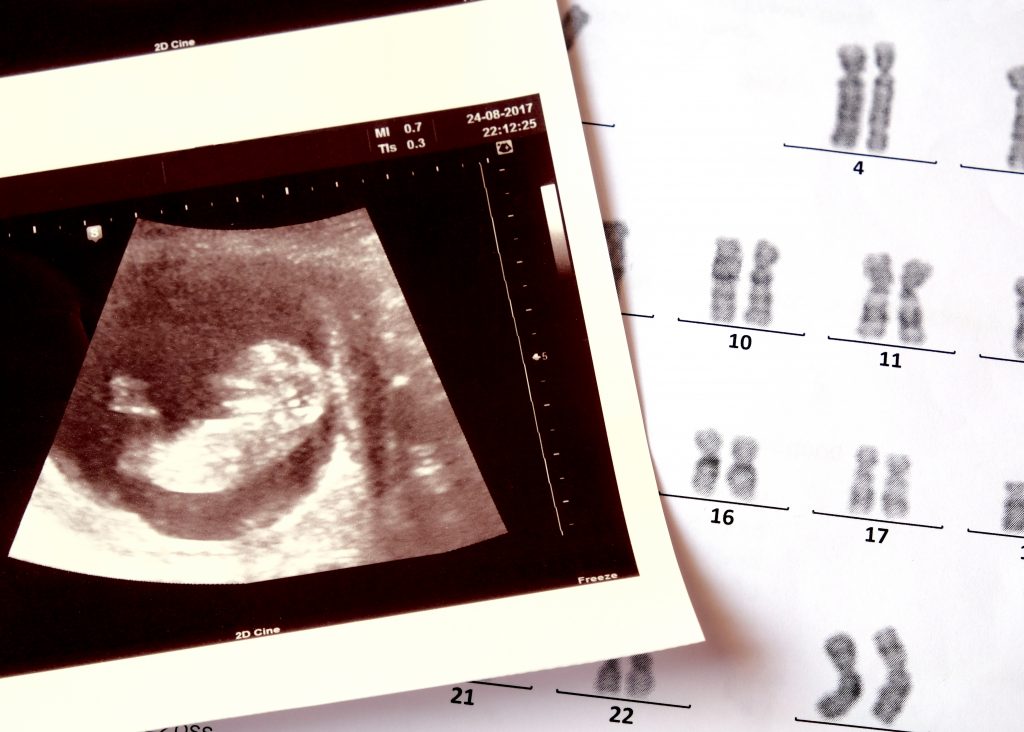 Background: Cell-free NIPT and cell-based NIPT are risk-free testing options using maternal blood samples to screen for fetal aneuploidies, but the methods differ. For cell-free NIPT, the fetal fraction of cell-free DNA in plasma is analyzed with a high
background of maternal DNA. In contrast, for cell-based NIPT, a limited number of the rare, intact fetal cells are isolated for the genetic analysis. This case demonstrates the differences regarding testing for fetal sex-chromosomes anomalies (SCAs) between
these two tests.

Results: Fetal fraction was 7%, and cell-free NIPT showed 2 copies of chromosomes 13, 18, and 21 and a decreased proportion of chromosome X, suggestive of fetal Turner syndrome. In contrast, the cell-based NIPT result showed no aneuploidy and two
X-chromosomes in the fetus.

Conclusion: cell-based NIPT may provide a non-invasive testing option to screen for SCAs in women with mosaicism for monosomy-X in blood, where cell-free NIPT cannot discriminate whether the X-loss is maternal or fetal.