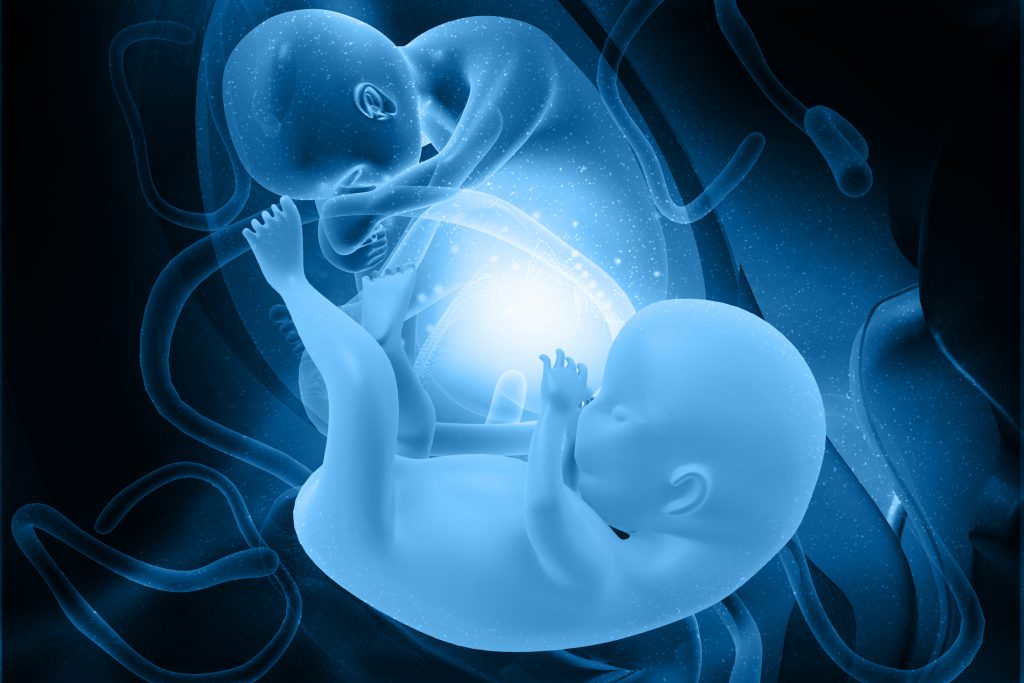 Background: The existing risk of procedure-related miscarriage following invasive sampling for prenatal diagnosis is higher for twin pregnancies and some women are reluctant to test these typically difficultly obtained pregnancies invasively. Therefore, there is a need for noninvasive testing options that can test twin pregnancies at an earlygestational age and ideally test the twins individually.

Case presentation: A pregnant woman opted for cell-based NIPT at GA 10 + 5. As cellbased NIPT is not stablished for use in twins, the test was provided in a research setting only, when an ultrasound scan showed that she carried dichorionic twins.

Materials and Methods: FiftymL of peripheral blood was sampled, and circulating fetal cells were enriched and isolated. Individual cells were subject to whole-genome amplification and STR analysis. Three fetal cells were analyzed by chromosomal microarray (aCGH).

Results: We identified 20 fetal cells all sharing the same genetic profile, which increased the likelihood of monozygotic twins. aCGH of three fetal cells showed the presence of two X chromosomes and a gain of chromosome Y. CVS from both placentae confirmed the sex chromosomal anomaly, 47,XXY and that both fetuses were affected.

Conclusion: NIPT options can provide valuable genetic information to twin pregnancies that help the couples in their decision-making on prenatal testing. Little has been published about the use of cell-based NIPT in twin pregnancies, but the method may offer the possibility to obtain individual cell-based NIPT results in dizygotic twins.