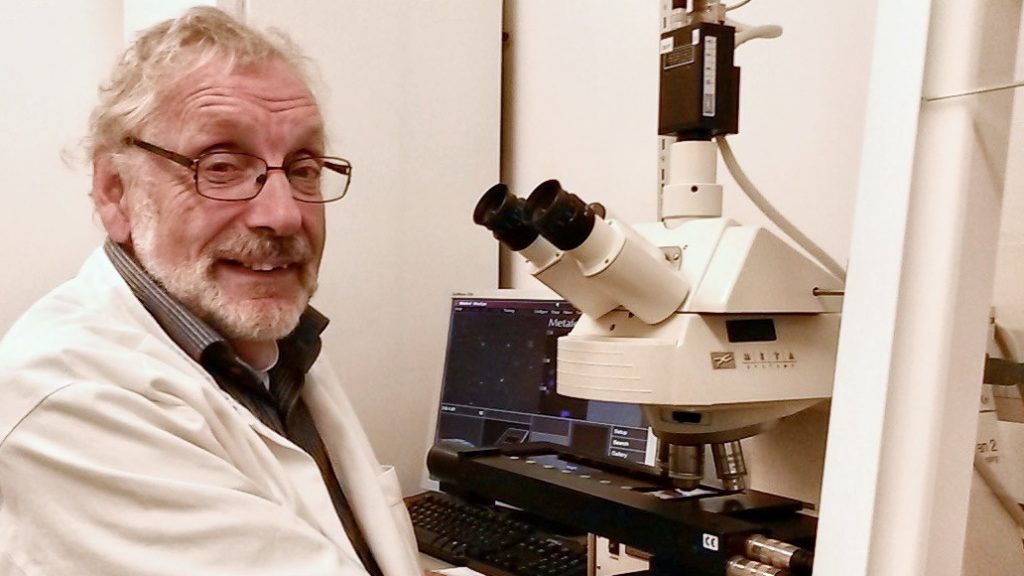 We pay tribute to Prof. Steen Kølvraa, one of the founders of ARCEDI Bitoech, and a pioneer in the fetal cell research in Denmark, who passed away six years ago on 31st March 2016.

Six years ago, on 31st March 2016, Prof. Steen Kølvraa, CSO and one of the founders of ARCEDI Biotech, left us forever. Steen was one of the pioneers of fetal cell research in Denmark and for the last three decades had worked on the idea of using fetal cells circulating in maternal blood as a noninvasive source of prenatal diagnosis. Steen, along with Prof. John Philip’s group in Copenhagen, laid the foundation of fetal cell research in Denmark. This initial collaborative work was then developed in FCMB ApS and later ARCEDI Biotech ApS, both companies which Steen co-founded. 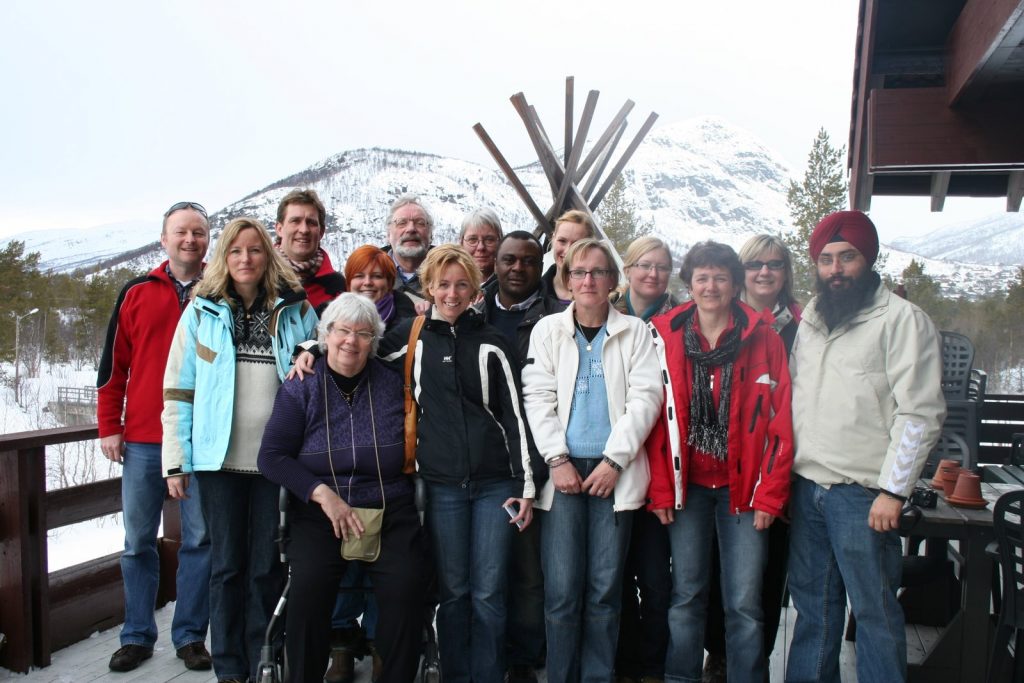 Since 1978 Prof. Steen Kølvraa was affiliated with the Department of Human Genetics, Aarhus University. There he served as a Chief Physician and Professor of Clinical Genetics from 1995 to 2005.  From 2005 until his retirement in 2013 he was Professor of Clinical Genetics at Vejle Hospital, a part of Southern Denmark University. Throughout his career Steen was associated with the research in the field of human and clinical genetics. He was also passionate about fetal cell research. This is also evident from the fact that just few months into his retirement from the position in the University, he started a new chapter in his life. Along with Palle Schelde he co-founded ARCEDI Biotech in 2013. (Picture: FCMB ApS team on a trip to Hovden, Norway. From L-R: Andreas, Kristine, Otto, Maja, Trine, Palle, Lotte, Britta, Simon, Ann-Birte, Anne, Marie, Helle, Marianne, Ripu. (22 March 2009). Picture courtesy: Otto Bjerg Hausgaard.) 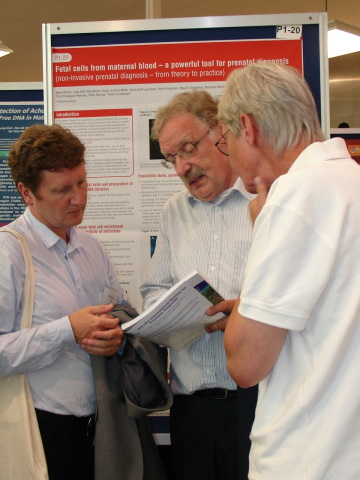 Palle Schelde (CEO) recalls the day in 2005 when he witnessed the eureka moment with Steen. “As part of our regular Friday afternoon meetings, I met Steen in his office at the Department of Human Genetics, Aarhus University. Britta Christensen, who had recently moved from Copenhagen to join Steen’s lab, entered the office and said, “Steen, I think I found a fetal cell”. Both Steen and I left our coffee cups and followed Britta to the lab. Steen grabbed a big plastic bag, cut it with a pair of scissors and wrapped it over his head and the microscope. After a minute, he emerged from the wrap and said, “Yes, we got it!”. That was the day I knew that the future of fetal cells in maternal blood was bright. And there was no looking back”. Palle, who was part of Incuba venture at that time, committed to fund the project. Hence in 2005 FCMB ApS was born, with Steen as its co-founder and part of the scientific advisory board. (Picture: Palle, Steen and Britta at the 15th ‘International Society of Prenatal Diagnosis’ meeting in Amsterdam. (12 July 2010). Picture courtesy: Ripudaman Singh) 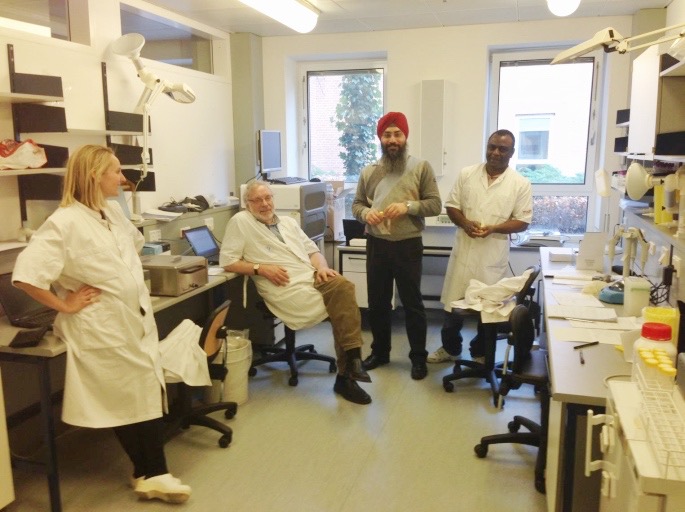 Fast forward to 2013, the project was reborn under the banner of ARCEDI Biotech, in collaboration with Aarhus University Hospital. Steen as its CSO was joined by a small team of researchers to actively pursue the development of technology to isolate fetal cells from maternal blood. Every morning he would come to work, wear his white lab coat, and start performing experiments. He didn’t just supervise the work but was full hands-on with all the experiments performed in the lab. His passion for developing a technology to facilitate cell-based NIPT and his love for basic biology and chemistry were the main driving forces. (Picture: Start of ARCEDI Biotech at Aarhus University Hospital. From L-R: Anne, Steen, Ripu, Simon. (2014). Picture courtesy: Palle Schelde.) 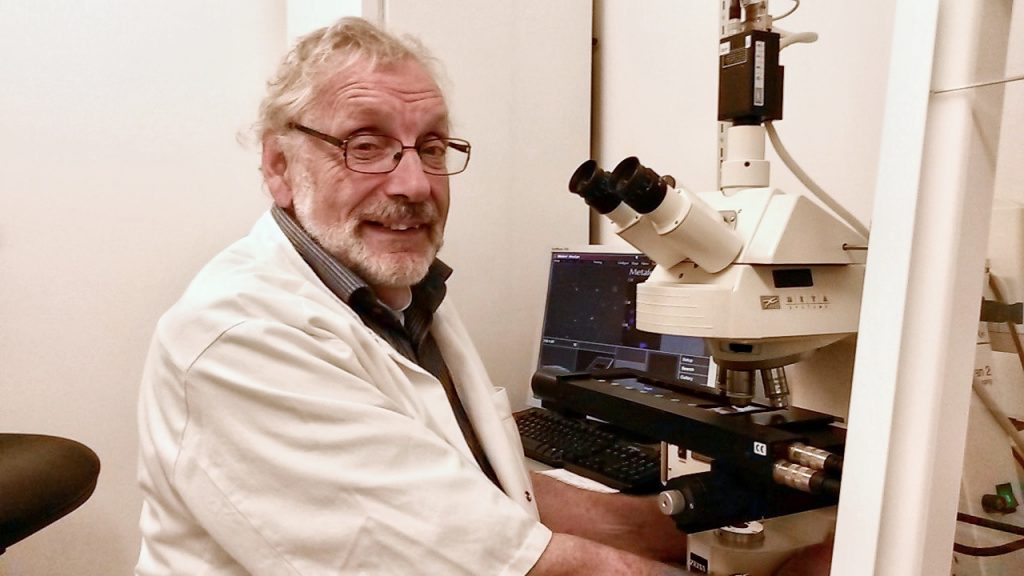 Even after spending years in senior roles, both in the private and the public sector, Steen continued his interest to learn about new laboratory technologies. Ripudaman Singh (CTO), whom Steen supervised during his PhD at Aarhus University, and who was also part of FCMB, recalls, “In 2016 ARCEDI acquired a new microscope equipped with a micromanipulator, for picking fetal cells off the glass slides. Steen and I took few trips to Jena to learn how to use the instrument. Steen learnt how to program the software for fetal cell recognition. He also wanted to learn how to operate the instrument. In the meantime, I planned my holidays. Before I went on vacation Steen told me, “Ripu, when you are back, you should teach me how to pick the fetal cells”. That was never meant to happen. A couple of weeks later, on 31st March 2016, Steen passed away at the age of 71″. (Picture: Steen in ARCEDI lab at Aarhus University Hospital, Skejby. (17 Sept 2014). Picture courtesy: Ripudaman Singh.)

Until the last day, he was at work at ARCEDI performing experiments. Lotte Hatt, CSO, who was also part of the FCMB team, recalls her interaction with Steen on the morning of 31st March 2016. “I remember sitting with Steen in front of the microscope investigating fetal cells and spending hours on yet another fruitful scientific discussion on how to proceed in the development of cbNIPT. He was so inspiring. Always committed to explore, learn and discuss and willingly distributing his immense knowledge. He was my mentor”.

Steen could not be there when ARCEDI launched EVITA TEST COMPLETE, world’s first commercial fetal cell based noninvasive prenatal test, a technology that he conceived and helped develop. Steen’s contribution to the development of ARCEDI’s technology and its current position globally in the field of cell-based NIPT is immense. With Steen’s demise ARCEDI lost a mentor, supervisor, visionary, and a father figure. He will always be missed. However, his contribution to fetal cell research will always be remembered.