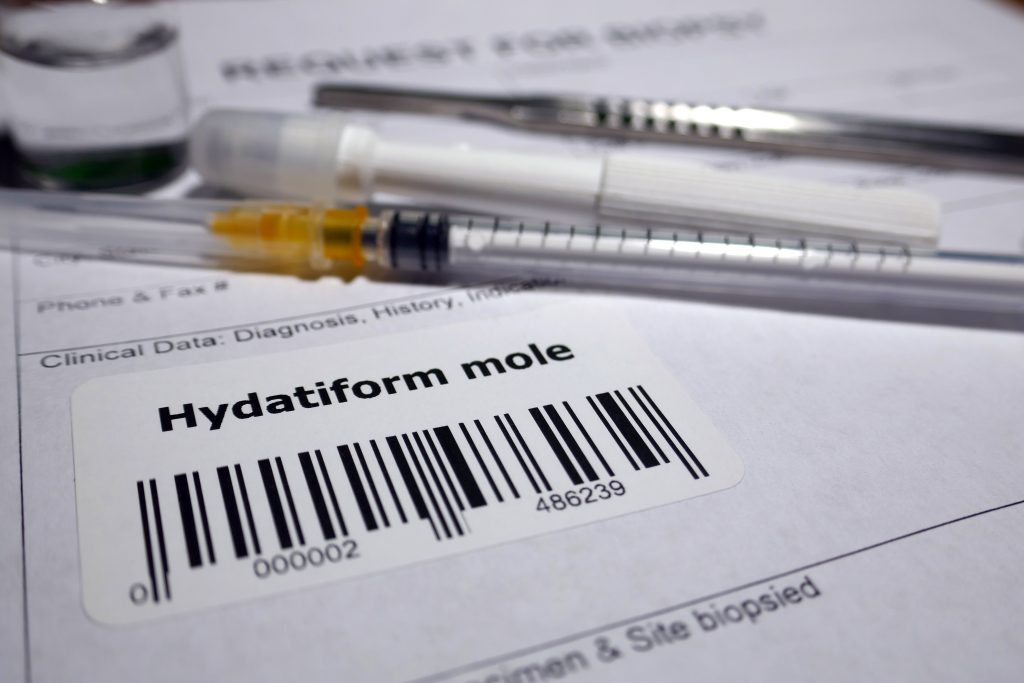 Background: In gestational trophoblastic disease, the prognosis is related to the genetic constitution. In some cases, taking a biopsy is contraindicated.

Methods: In a pregnant woman, ultrasound scanning suggested hydatidiform mole. To explore if the genetic constitution can be established without taking a biopsy (or terminating the pregnancy), cell-free DNA and circulating gestational trophoblasts were isolated from maternal blood before evacuation of the uterus. The evacuated tissue showed the morphology of a complete hydatidiform mole. Without prior whole-genome amplification, short tandem repeat analysis of 24 DNA markers was performed on the samples, and on DNA isolated from evacuated tissue, and from the blood of the patient and her partner.

Results: Identical genetic results were obtained in each of three circulating gestational trophoblasts and the evacuated tissue, showing that this conceptus had a diploid androgenetic nuclear genome. In contrast, analysis of cell-free DNA was less informative and less specific due to the inherent presence of cell-free DNA from the patient.